Tired of the corrupt pay-to-play political system? Sign our Corporate-Free Voter Pledge to help get money out of politics. 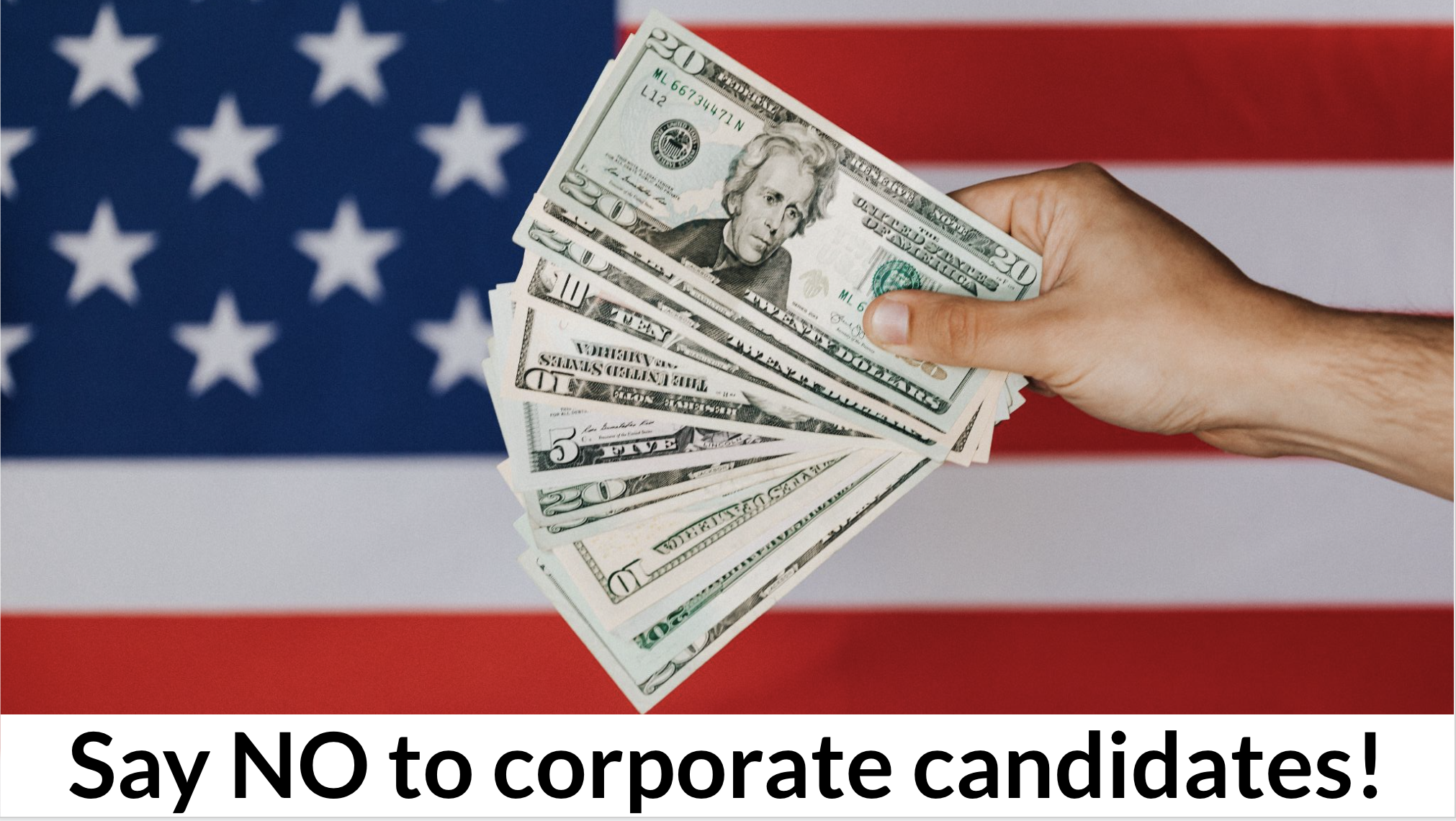 Politicians often run for office saying that they are not influenced by the money they take from corporations and wealthy donors, but we all know that is hogwash. The idea of our Corporate-Fee Voter Pledge is simple: The only way to get money out of politics is for enough voters to commit to voting only for candidates who commit to running without taking any money from businesses and the super rich.

By signing the Corporate-Free Voter Pledge, voters make a commitment to stand up to the corrupting influence of money in politics by refusing to cooperate with it anymore.  The corporate parties that built the current pay-to-play system are not going to reform it themselves. Only when enough voters pledge to only vote for corporate-free candidates will we be able to return representative democracy back to the United States.

By signing this pledge, you affirm that you: