Senator McCaskill Delivers The Funds For The Racist Anti-Immigrant Machine 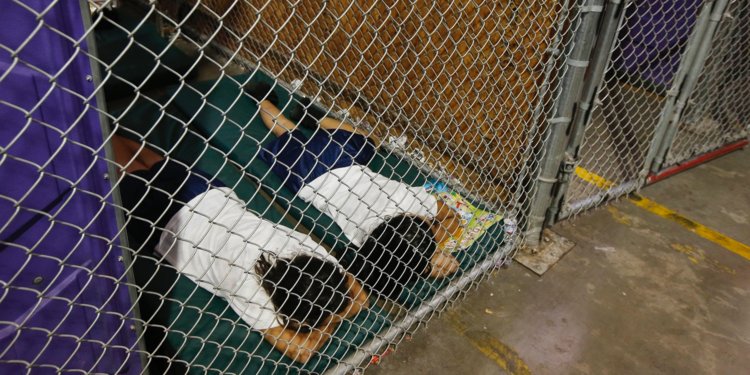 Democrat US Senator Claire McCaskill is proud that the National Border Patrol Council (the Border Patrol union) endorsed her over Republican Josh Hawley. The Border Patrol is part of the same Orwellian Government bureaucracy that is locking up children on the border and demanding to see the papers of Hispanic-looking people on public transportation around the country. The Council’s endorsement states: “In 2018, we endorsed Donald Trump for president because he was tough on borders and strong on enforcement. We’re endorsing Claire McCaskill now for the exact same reasons.” Part of the Council's endorsement of Trump included this gem: "Mr. Trump is correct when he says immigration wouldn’t be at the forefront of this presidential campaign if months ago he hadn’t made some bold and necessary statements. And when the withering media storm ensued he did not back down one iota." Yes, the Council was referring to Trump’s racist campaign kick-off speech calling Latino immigrants rapists.

Why would the Border Patrol Council endorse the Democrat over the Republican who is embracing everything-Trump? The Council explained in their endorsement that “as the ranking member of the powerful Senate Homeland Security and Governmental Affairs Committee, Senator McCaskill worked on a bipartisan deal for $25 billion in increased border security and co-sponsored legislation for $600 million in additional security funding. She personally introduced an amendment to allow the hiring of 1,000 more Border Patrol agents and pushed for new technology to enhance surveillance and detection.” The Council goes on to say, “We need lawmakers like Senator McCaskill who don’t just talk about being tough on borders but actually do something about it.” The Council is betting on Democrat McCaskill because they see her as more effective and savvy at funding the militarization of our border than the Republican Hawley would be. The Council is explaining what we Greens have known for years: Democratic politicians are often the more effective evil of the two capitalist war parties.

The $600 million that Senator McCaskill secured came in a bill that she co-sponsored with Senator Schumer with Democratic President Obama's backing. The successful bill provided for such ominous things as unmanned aerial vehicle surveillance (i.e. drones), a Border Patrol "Strike Force," military-style forward operating bases along the border, an additional $80 million for Immigration and Customs Enforcement (ICE), $20 million for a Federal Prison System for Immigrant Criminals, and many millions more for the legal apparatus to prosecute immigrants." Anyone who is concerned about the expansion of the Police State should be worried about these massive efforts to ramp up Government surveillance and detention systems. Are you are disgusted by the images of children in cages like the one above from 2014? Legislation like what McCaskill passed is where the funding for this came from!

The Green Party recognizes that the United States’ bi-partisan foreign policy of military domination, an international drug war, and economic exploitation has caused political instability, violence, environmental destruction, and poverty in the Global South. Many of the immigrants coming from these areas are seeking to escape conditions that our country created. Capitalist businesses exploit these vulnerable people once they are here and use them to avoid paying American workers a living wage. The 1%, who massively benefit from all this exploitation, then feed Americans messages of racist resentment to pit them against those worse off than them. The idea is to keep American workers from uniting with immigrant workers against the real culprits harming them. When working class people unite, the 1% is in danger of losing their power.

Among other policies, the Green Party calls for:

If you oppose this war on immigrants and support our Green solutions, we hope that you will vote for our US Senate candidate Jo Crain, who has NOT been endorsed by the Border Patrol Council.