In June, 2017, the KC-HOA Green Party Chapter voted to endorse Coalition Against Contamination –KC’s (CAC-KC) mission which is to advocate for the health and environmental protections for workers and communities surrounding the Bannister Federal Complex. The Bannister Federal complex sits directly above Indian Creek and west of the Blue River.  The complex was home to Bendix Aviation Corporation where workers were exposed to over 2000 documented toxic substances.  Former workers will attest to the horrible conditions they were exposed to, as well as undocumented & unregulated disposal of toxic waste. There is a list of over 2000 toxic substances reported to be on site, not to mention whatever has traveled off the complex property.

The Energy Employees Occupational Illness Compensation Program Act (EEOICPA) was signed into law in 2001. Part B mandates compensation for those employed at covered facilities and their survivors who have been diagnosed with certain cancers and pulmonary diseases. Hundreds of claims have been filed since 2001. Many have been unjustly denied.

Recently, a Department of Labor whistle blower told the media that DOL officials have been deliberately thwarting workers’ claims by changing regulations to make the process more obscure. CAC-KC welcome the House and Senate investigations of DOL obstructions. 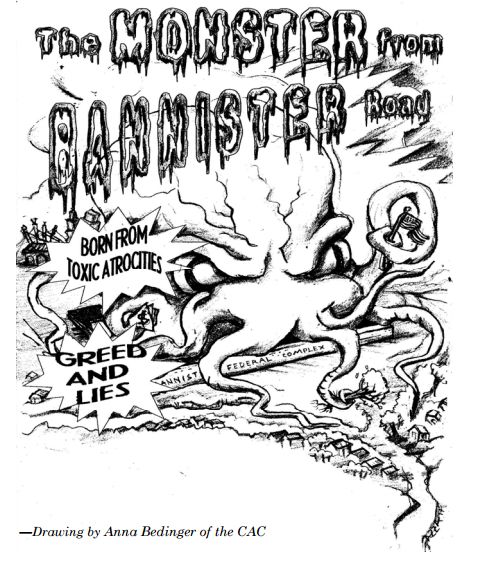 The Coalition Against Contamination held a town hall on Oct. 28 to gather testimony from workers, politicians, lawyers, scientists, and activists. Public awareness of this injustice will help workers move forward with the complicated claims process. CAC also wants the public to understand the potential threat from toxins released during the demolition and cleanup. The current plan for the demolition to meet industrial standards is not enough. Rather, demolition must be done to residential standards to protect the surrounding community. The coalition recommends using a huge tent during excavations and demolition to encapsulate contaminated dust, as other hazardous sites have used.

The coming proposed cleanup will take over 4 years and will unleash these toxins into our communities as dust and vapors.

For more information on Coalition Against Contamination, please follow on facebook: https://www.facebook.com/Coalition-Against-Contamination-KC-Bannister-Cover-Up-333553700429999/ or email Maurice Copeland to get involved at [email protected].