Freedom of the press is one of the keystones of American democracy, but how can we have a democracy when the press fails to lend a voice to ALL qualified participants in these midterm elections? 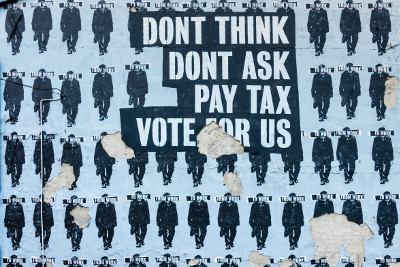 On Friday, September 14 in St. Louis, four of the five US Senate candidates faced-off in a forum sponsored by the Missouri Press Association. Candidates for the Missouri state Auditor’s race also debated on the stage that day. The room was packed with journalists from everywhere in the state of Missouri, yet we were only able to find ONE media outlet which provided coverage for the Independent, Libertarian, and Green candidates who appeared. It wasn’t the Kansas City Star or the St. Louis Dispatch that provided this coverage, either, but KOLR Ozarks First in Springfield.

We should be angered by and ashamed of our local media for failing to accurately report on each candidate seeking the US Senate and State Auditor positions. Independent and third party candidates offer a unique perspective on what Missouri needs in our elected officials, and none of their perspectives were shared with the majority of Missourians. This is disgraceful, given that there are at least 150,000 Missouri voters who vote third party or independent.

Debates are an important vehicle for voters to evaluate each candidate’s positions on a variety of issues, and the coverage of the debates by the media are one of the few ways that voters can get the information they need to make important decisions at the polls. The entire debate can be heard here: https://soundcloud.com/kolr10kozl/first-missouri-senate-debate-sept-14-2018

The nation is watching the Senate race in Missouri, which could well be a swing seat in determining either Republican or Democratic leadership in the Senate. Without coverage of the alternative voices in this race, we cannot demonstrate the hidden progressive base that exists here in Missouri - a progressive base that wants to fix our broken democracy, and move us towards a future that embraces the values of the American people, and not the corporate-controlled interests of the establishment parties.

This is our democracy at stake! Donate to MOGP today so that we can get our voices heard! Write your local newspapers and media outlets and INSIST that they provide equal and fair coverage of ALL the candidates running for office in Missouri, not just the ones with R or D behind their names!

We need your help to fight the corporate-controlled media, and to force some accountability on the journalists tasked with the monumental responsibility they have under our Constitution’s guarantees of free press and free speech. Their failure to report on all the candidates is not what is in the best interests of Missouri voters!