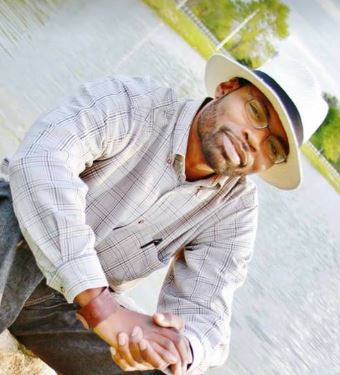 Jeff Francis is a Kansas City native who graduated as a Kauffman Scholar from Westport Business/Communications Technology Magnet, C/O ’94. In 1995 he entered into a recording agreement w/Rich The Factor of Major Factor Records (MFR) and began to record and perform under the stage name Young Fe. The following year they released the classic album “Pole Position.” The following year he was wrongfully convicted and sentenced to 37 yrs. in the MO Department of Corrections.

While in prison he was involved in various programs and organizations. Beyond chairing A/A and N/A meetings, being a distinguished member of the Restorative Justice Organization, and serving as Secretary of the Vietnam Veterans of America, he and a group of inmates joined forces with the Criminal Justice Task Force to establish a chapter of the NAACP at the Crossroads Correctional Center, where he was elected Vice-President.

Jeff is currently serves on the Neighborhood Accountability Board with the Center for Conflict Resolution (CCR) and is member of the KCOG’s (Keeping Communities On Guard), an antiviolence group. He recently joined the Green Party, a national grassroots political party whose aims and objectives are for social justice, ecological wisdom and nonviolence.Today, Jeff is still visibly active in the community mentoring the youth. He continues to pursue his passion for music performing as Felix Mitchell “The Billionaire.”Jeff serves as a mentor for the Kansas City Public School District.

For more information email jfrancis20[email protected]
For campaign literature click here: Meet Jeff Francis.
Jeff's campaign does not take corporate dollars.
You can help by donating today.
Donate to Jeff Francis for District 22 here
Do you like this page?
Tweet