Black, openly gay, the son of an Iranian immigrant and Jewish, The New Republic has called the Green Party's Dario Hunter “as diverse as candidates come.”

And on June 23, the presidential candidate and Youngstown, OH School Board Member will make a 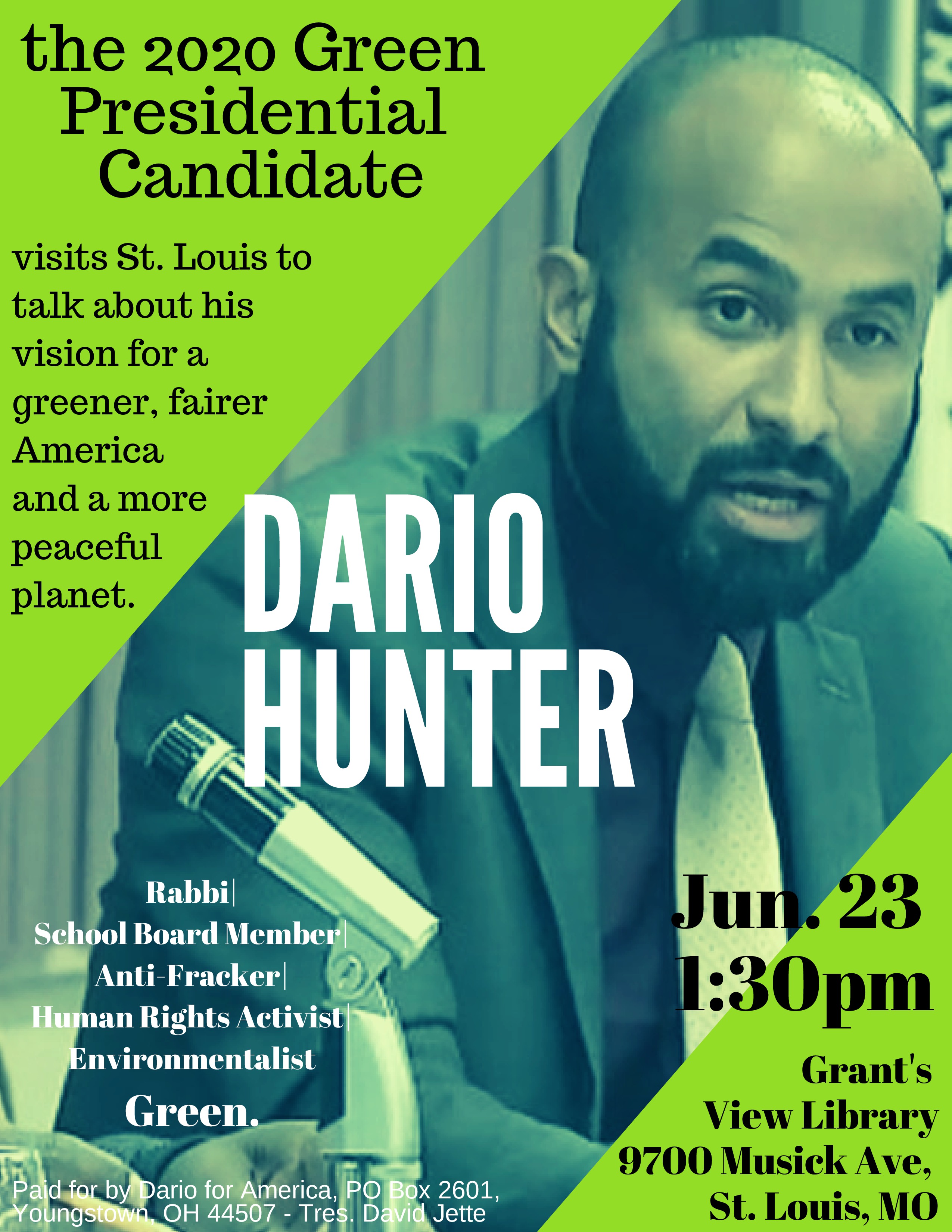 campaign stop in the St. Louis

An ordained rabbi, Hunter attracted national and international attention for his stance against what he calls "Israel’s atrocious human rights abuses against the Palestinian people." His statements prompted his firing as a rabbi from a congregation in Youngstown, OH and drew media attention for what that controversy signified about the growing political divide over Israel, inside and outside of the Jewish community.
In addition to fighting human rights abuses, Hunter’s campaign advocates for an eco-socialist Green New Deal that will transition the country to 100% renewable energy. His platform aims to cover everything from single-payer universal healthcare to ending privatization in our school districts. Hunter’s 'People of Color Bill of Rights,' what he sees as a ‘New Deal’ for this country’s racial minorities, seeks to bring America closer to its ideals by tackling the many ways People of Color have experienced unequal treatment, from access to justice issues to banking to employment discrimination.
Hunter’s visit is a part of a tour he’s calling the Building Bridges Tour, an effort to meet voters across America and discuss how to reshape our country. This is Hunter's first campaign stop in Missouri - and one of the first 2020 presidential campaign visits to Missouri so far.

Hunter has served as a member of the Youngstown, OH Board of Education since 2016. In his educational leadership, he has focused on ethical issues in management, challenged a state takeover and sharply criticized the lack of academic results in his struggling inner-city school district.
Do you like this post?
Tweet