About Jo Crain For Senate

Jo Crain grew up in Texas, Oklahoma, and New Mexico, and made her home in the Kansas City area when she attended Ottawa University for her BA in psychology and business. Twice married, Jo has three children and six grandchildren. Jo spent most of her career in technical services with Sprint, where she enjoyed her work, co-workers, and community.

Jo has an insatiable sense of curiosity, which has brought her into the world of politics. She is active with the Women’s Political Caucus and the ACLU’s People Power to help mobilize voters’ rights. She was an active participant in the 2012 Occupy movement here in Kansas City and elsewhere. Jo has supported causes such as Black Lives Matter and Water Protectors. Jo supports the use of protest as a form of dissent and stands in protest against the Iraq war, increased defense spending, as well as the increasing militarization of civilian police forces. Jo believes in the power of free speech, and the ability for individuals to band together to create meaningful political change. 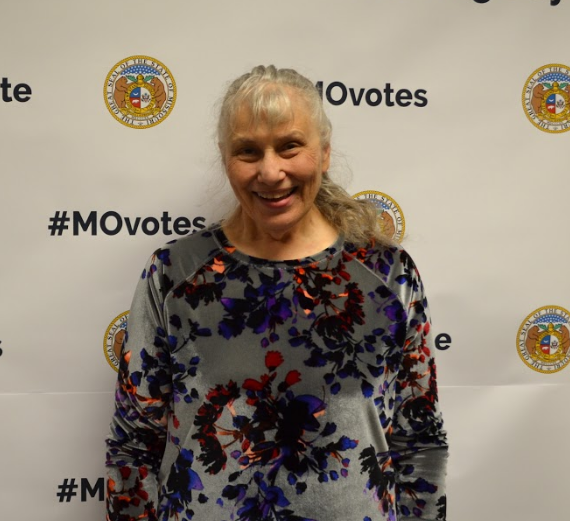 Jo Crain in the press!